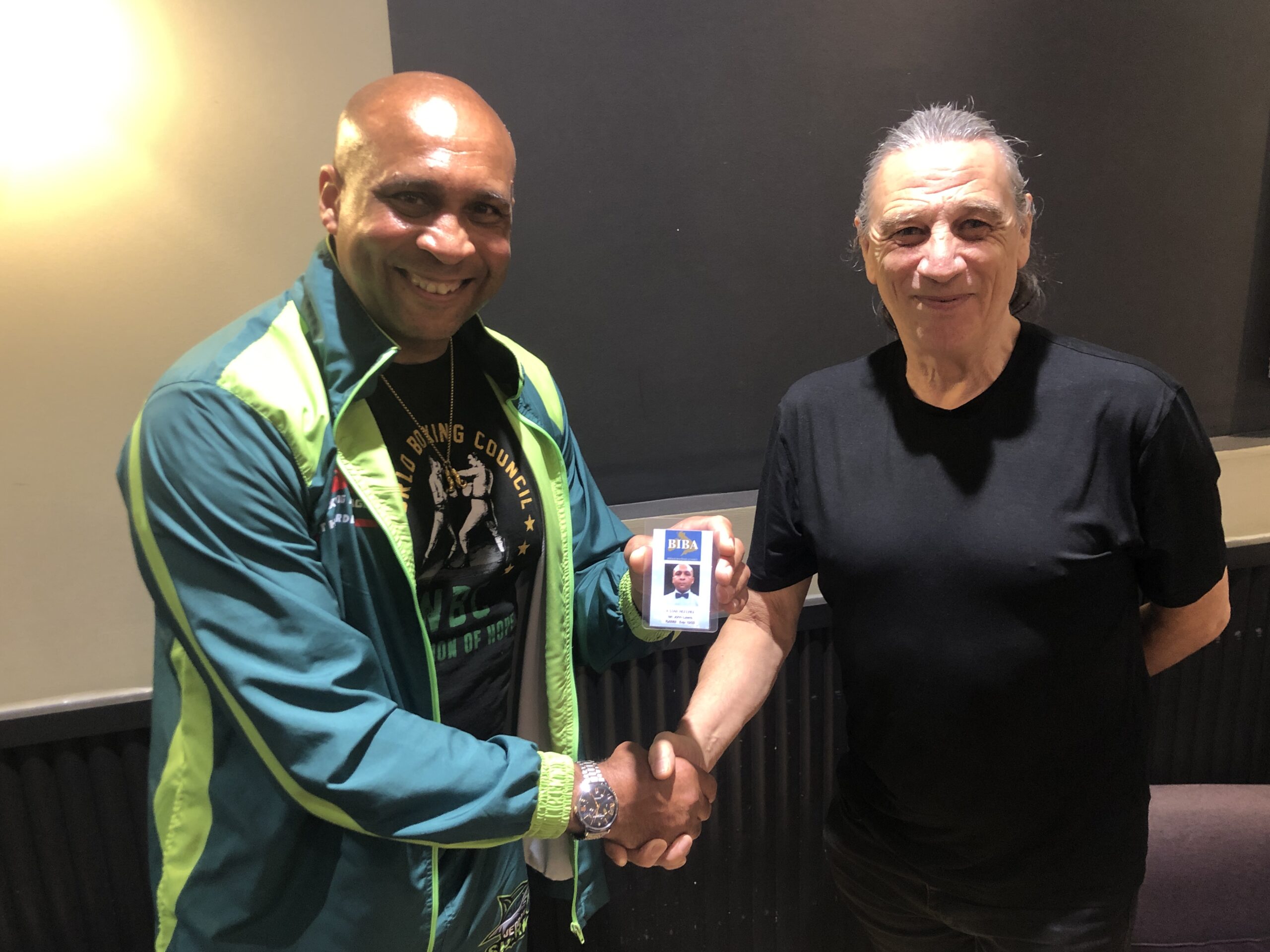 It was officially announced today that the highly respected and world class championship referee, Ian John-Lewis, has joined the British & Irish Boxing Authority (BIBA).  This follows on from his surprise resignation from the British Boxing Board of Control (BBBofC).

A former amateur and professional boxer, he has used this vital experience when he became a referee.  In 2000 he became Britain’s first and still only Black A Star referee.  in 2010 he became the youngest British referee to be the ‘man in the middle’ at the WBC world heavyweight championship and in 2018 was voted the worlds best boxing referee by his qualified peers.

John-Lewis’ inaugural professional refereeing assignment was the contest between Darren Fifield and Kevin Jenkins at the famous York Hall in Bethnal Green on the 17th February 1993 and his most recent Championship refereeing assignment was on the 10th December 2021, when he was the third man in the ring for the World Boxing Council (WBC) World Youth Championship contest at the National Sports Centre in Crystal Palace, London between Aaron McKenna and Carlos Galego Montijo.

In addition John-Lewis also judged 442 bouts, of which 305 were Championship contests and again whilst most were in the UK, he also travelled the world on judging assignments.

John-Lewis’ first judging assignment was the World Boxing Federation (WBFed) Pan European Championship fight between Jason Hart and Lester Jacobs that took place at Caesars Nightclub in Streatham, London on the 25th November 1998 and his most recent Championship judging assignment being the IBF, WBA, WBC and WBO Championship contest between Undisputed Champion Josh Taylor and and WBO’s #1 mandatory challenger Jack Catterall that took place on the 26th February 2022 at the SSE Hydro in Glasgow.

“It is truly an honour to welcome one of the very best referees in the world to the BIBA family.

“It seems I am not the only one that is overjoyed that Ian has joined us, on Wednesday, following a photo of Ian and myself being posted on social media, it seemed that not only virtually every BIBA members posted extremely positive comments welcoming Ian aboard, but also many of the boxers that Ian had refereed over the years also posted fantastic reviews and offered their congratulations.

“I, and am sure all BIBA officials, look forward to working with Ian, after all, and as it says on the jacket of his biography – ‘he is a fair man’, ‘he is Ian John-Lewis’, ‘he is the Referee’”

John-Lewis, whose biography I AM THE REFEREE was published in 2014, is a man of few words, then briefly added;

“I’m pleased that the British & Irish Boxing Authority has given me the opportunity to continue to do what I do best…Referee.”