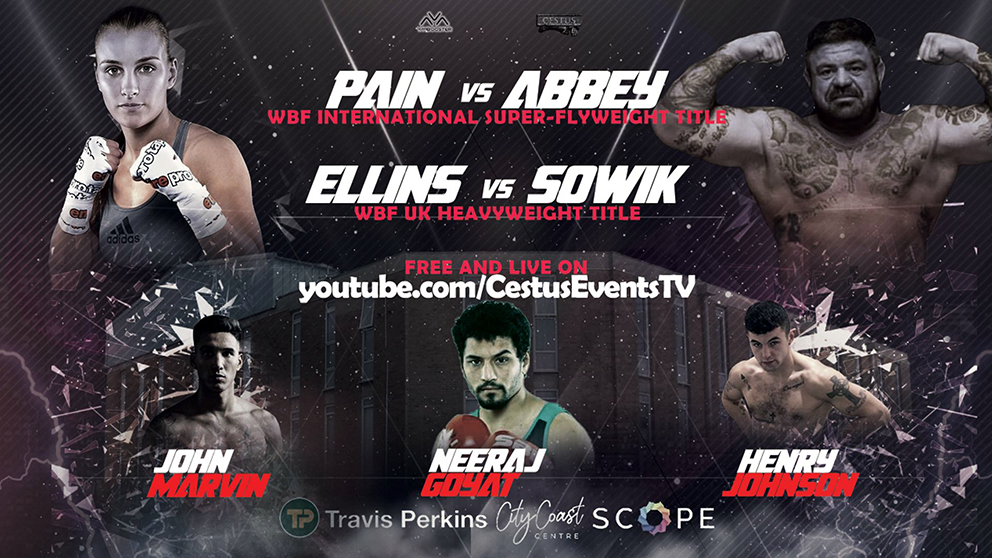 Pain, who pro debuted just seven months ago in July ’21, is on a fast track for World Championship honours, and quite rightly so as she oozes serious talent from every pore, and what’s more is willing to take on all-comers, as proved by her decision to go toe-to-toe with Mary Abbey, whose record stands at 3-0-0 with all victories coming by way of KO, after her original opponent Ghana’s Leticia Abbott failed to receive her visa in time.

Speaking from her home earlier Pain said, “I can’t wait to get in the ring on Friday.

“I’ve got a tough girl in Mary, but I’m in boxing to climb the rankings and overcome anyone that’s in my way to get to the top.

In addition to the exciting Pain versus Abbey World Boxing Foundation (WBF) Championship fight, Promoter Trevor Lake has put together a mouthwatering International undercard that features boxers from Africa, India, Poland and of course the UK.

The event will be streamed live at www.youtube.com/CestusEventsTV