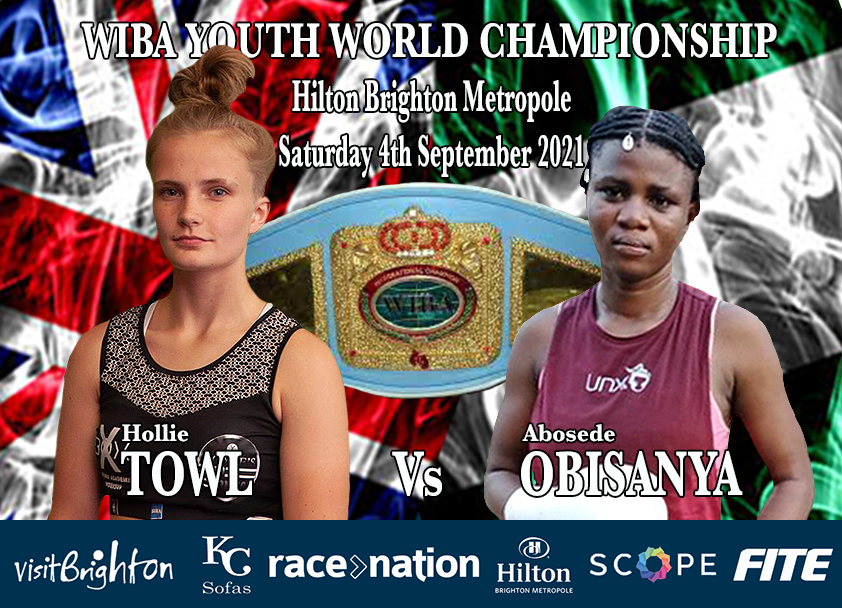 On September 4th Towl will officially become the United Kingdom’s youngest person to compete for professional boxing Championship honours, and should she be successful in her quest she will be in prime position to equal or even better the modern era’s current youngest World Champion Devin Haney’s incredible championship achievements.

Haney won the World Boxing Council (WBC) Youth World Championship, with a TKO victory over Mexico’s Maximino Toala in March 2017, when he was 18 years old, and then at the age of just 20 years, 11 months and six days went on to become the youngest person in modern times to win the full World title.

Coulson was the reigning National Amateur Champion when she made her professional debut in September last year and, like Towl, is unbeaten in the professional ranks and is also on track to be eligible to compete for full World Championship honours before her twentieth birthday.

Unbeaten Lewis Mulberry is set to face Nicaragua’s Christian Narvaez in a four round contest, as a warm up ahead of his highly anticipated PBC British Title fight against Denny’s Kevin Traynor later in the year.

Rochester’s Jay Jackson has a tough fight on his hands when he faces Nicaragua’s Jose Aguilar in a four round Super Featherweight contest. Also facing tough South American opposition is Nottingham’s Martin Reffell, who is pitted against Frederick Castro.

Alvis Berzins makes his pro debut against Southend’s Dan Ballard in a four round Cruiserweight contest, also competing in the Cruiserweight division is Richard Herrick, against a yet to be announced opponent.