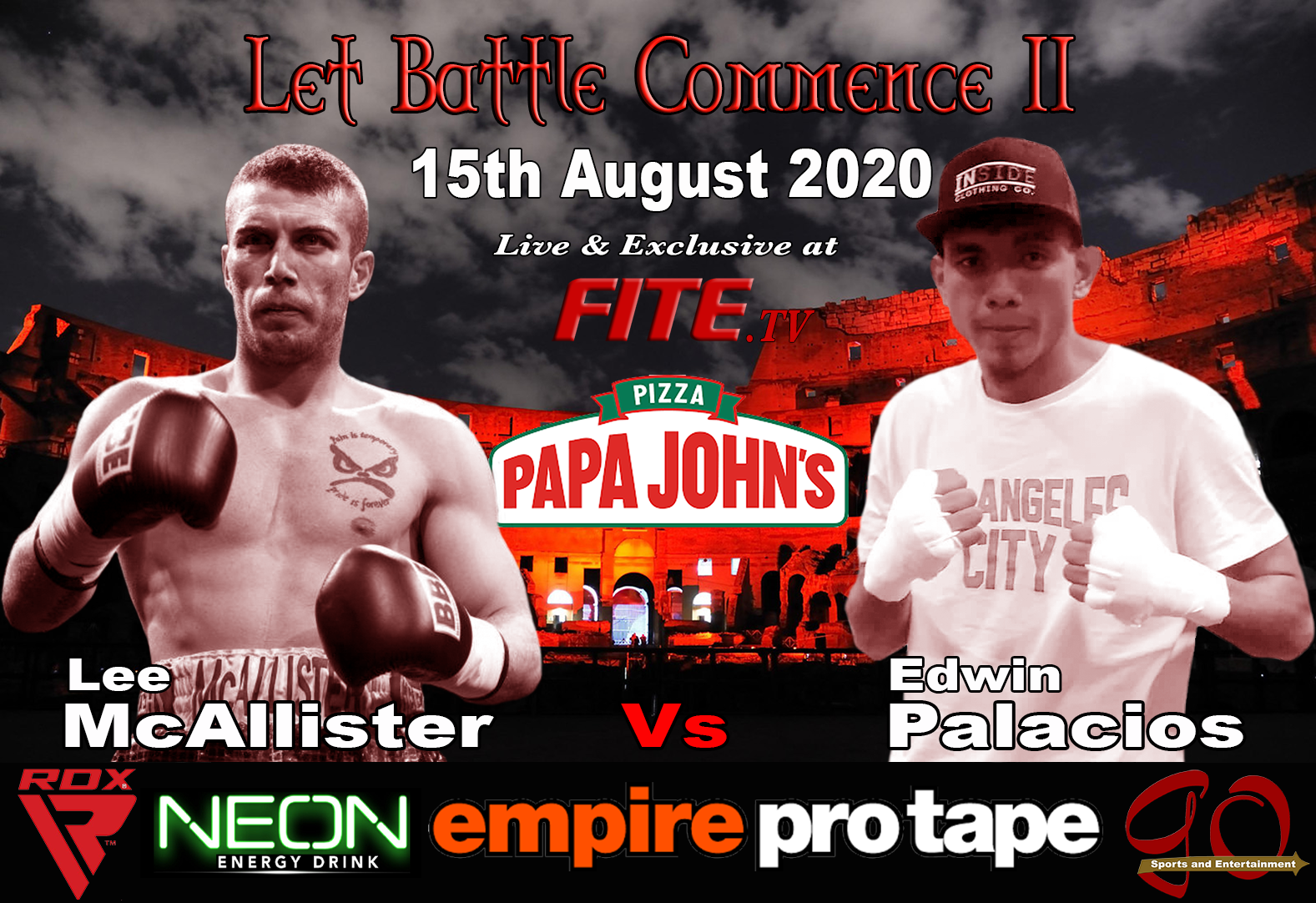 LET BATTLE COMMENCE II, in Association with PAPA JOHN’S PIZZA and NEON ENERGY DRINK, which was due to take place this Saturday 1st August and headlined by PBC & WBU International Champion Nathan Beattie (10-4-0) against Nicaraguan Milton Arauz (10-3-1) has had to be rescheduled due to Injury and further last minute dramas.

Nicaragua’s Milton Arauz has been forced to withdraw, due to a hand injury, however more bad news emerged when hastily arranged replacement Julio Bendana, who flew in yesterday, was  informed he must self isolate for fourteen days.

On hearing the news Promoter Lee Mcallister was left with no option but to request permission from the British & Irish Boxing Authority (BIBA) to reschedule the event to the 15th August.

A few hours later another spanner was thrown into the works, when Nathan Beattie announced he wouldn’t be able to box on August 15th, as he had booked a holiday and flies out this Sunday, the day after the original fight night.

Further discussions with the British & Irish Boxing Authority ensued and late on Thursday night it was agreed that the Nathan Beattie versus either Milton Arauz or Julio Bendana would be rescheduled to later in the series and the original 15th August headline Lee Mcallister versus Edwin Palacios would replace Beattie-Arauz.

Further negotiations led to an increase of contests from five to seven, three of which were changed to four rounders, so that the majority of those due to fight on either the original 1st and 15th August events would still get to compete.

The updated card for LET BATTLE COMMENCE II, in Association with PAPA JOHN’S PIZZA and NEON ENERGY DRINK, which takes place on Saturday 15th August 2020 and will be broadcast exclusively live on FITE TV, is:

Six time, Five Division World Champion, and Promoter of the LET BATTLE COMMENCE series, Lee McAllister makes his first appearance on the series and faces Spain based Nicaraguan Edwin Palacios in the headline fight. Palacios has stated he’s up to the challenge and to expect fireworks.

Liverpool’s Scott Mcintyre (4-1-0) is intent on making a major statement when he takes on seriously tough Nicaraguan Wilmer Gonzalez (21-18-1), as just a few fights back Gonzalez KOd a former WBF European and International Champion, the very same Champ responsible for the only loss on the Liverpudlian’s record.

The final fight of the night will pit debutant against debutant as Craig Dick takes on Michael Bassett, both the big lads have stated they will be looking to make a big impression on the 15th August.