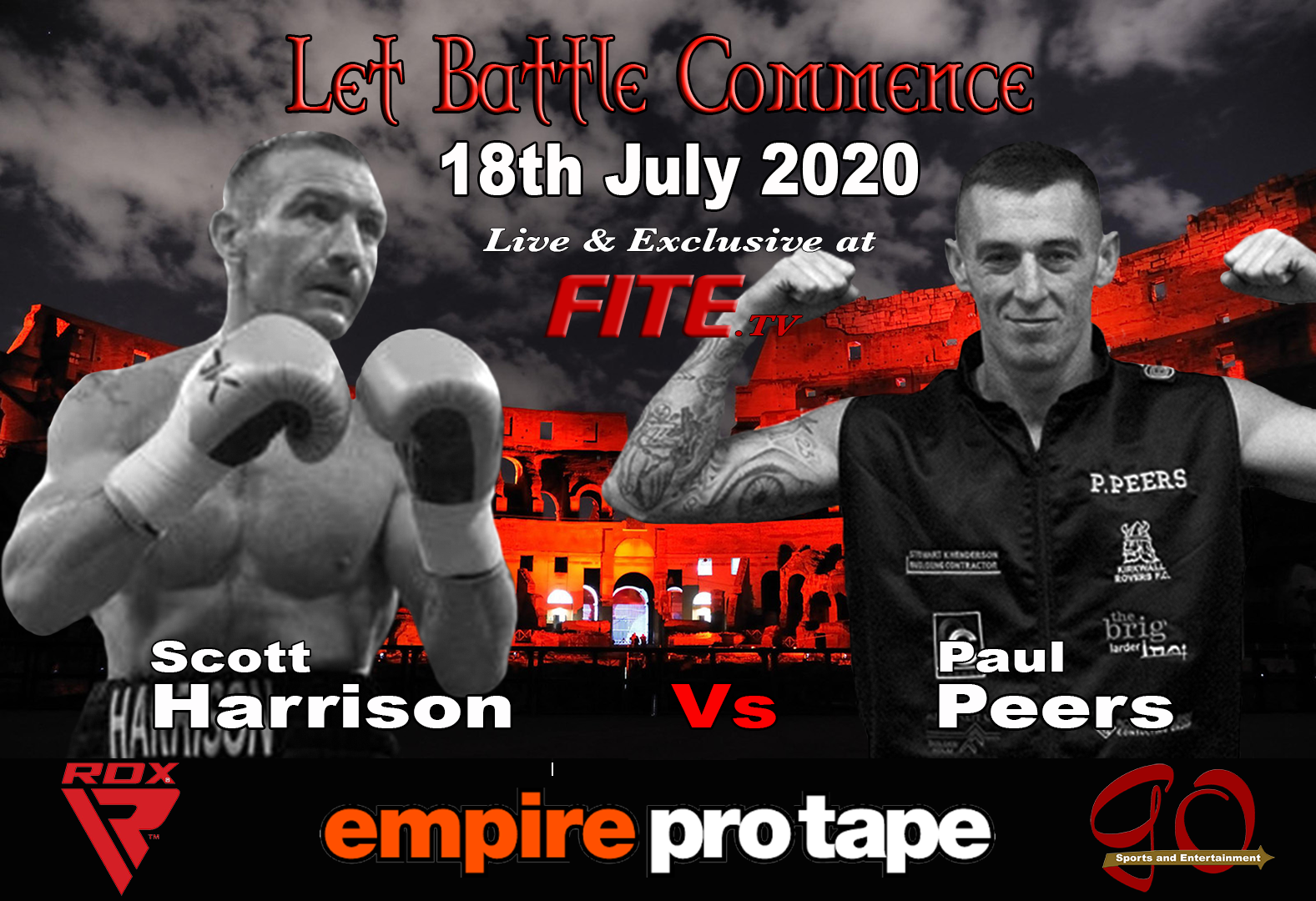 The first Post-Lockdown ‘Behind Closed Doors’ event in the UK is set for Saturday 18th July 2020 and will be headlined by former World Boxing Organization (WBO) World Featherweight King Scott Harrison, who will face Professional Boxing Council (PBC) International Champion Paul Peers in a non-championship contest that takes place in Aberdeen and will be broadcast live and exclusive on fite.tv.

An intriguing battle between two big bangers, Stoke’s unbeaten Nathan Russo (3-0-0, all via KO) versus Nicaraguan Wilmer Gonzalez (21-18-1, 14 wins by KO), was recently added to the undercard

Harrison versus Peers will take place on Saturday 18th July 2020 at the Northern Hotel in Aberdeen and whilst no spectators will present, the event will be broadcast live and exclusive on Fite TV (worldwide) as well as delayed broadcast in the UK ten days later on Sports Channel Network (SCN) Channel 265 on Freeview/YouView.