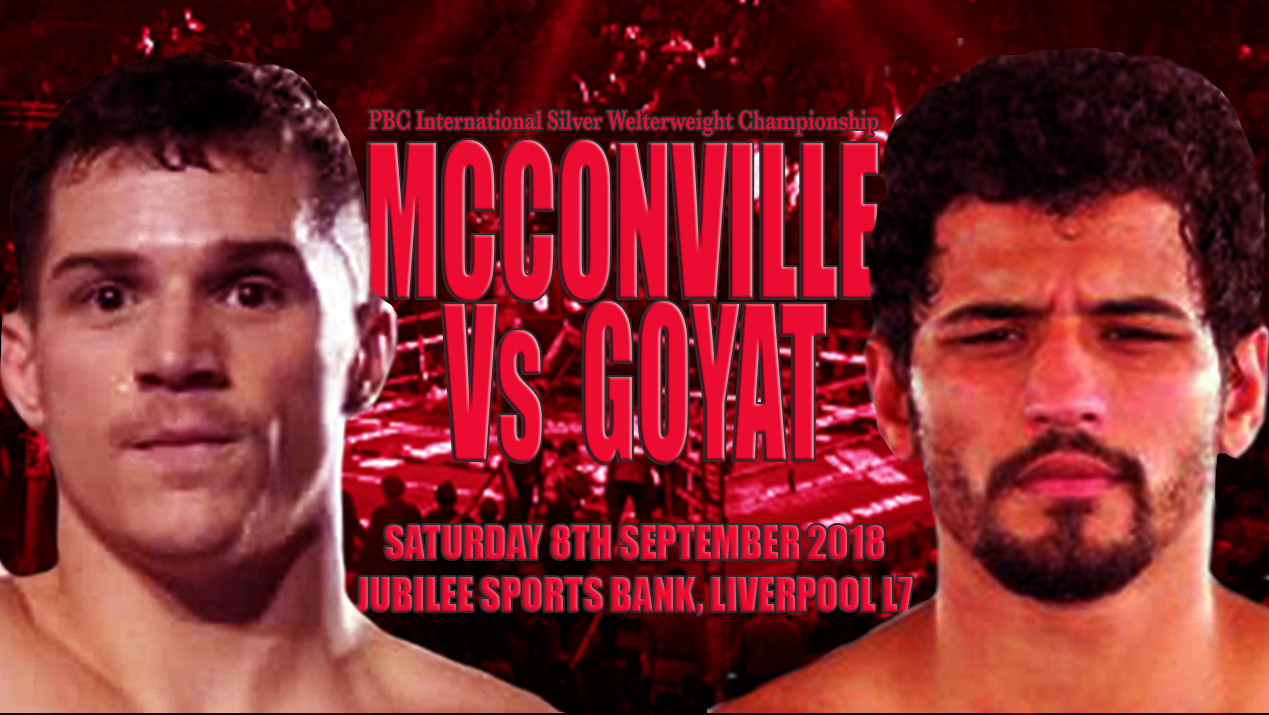 McConville is in fine form and comes into this Championship contest off a first round stoppage win over Belfast’s Michael Kelly back in March this year, his third stoppage win in as many contests, the other stoppage victories being over Marty Kayes in December 2017 and Will Cairns in September 2017.

However McConville is in no doubt that this will be the toughest fight of his young career to date, his esteemed opponent on the 8th September is not only far more experienced but also Championship experienced, having been crowned the World Boxing Council (WBC) Asian Boxing Council Welterweight Champion following his victory over Nelson Gulpe in New Delhi back in May 2015 and successive successful defences against Ben Kite in New Delhi back in October 2016 and then against Allan Tanada in Mumbai in August 2017.

By time Goyat faces McConville he may have successfully defended his title for a third time, as he is currently in camp preparing to defend his title in Canada later this month.

His esteemed opponent’s Championship successes do not seem to have fazed McConville one iota, as he made clear when he spoke earlier.

“I’m very grateful for this opportunity it’s something we have been working and training very hard towards.

“I am very excited to fight for my first title and to put on a show against such a decorated and experienced opponent as Goyat.

I want this so bad, I am definitely ready for this.”