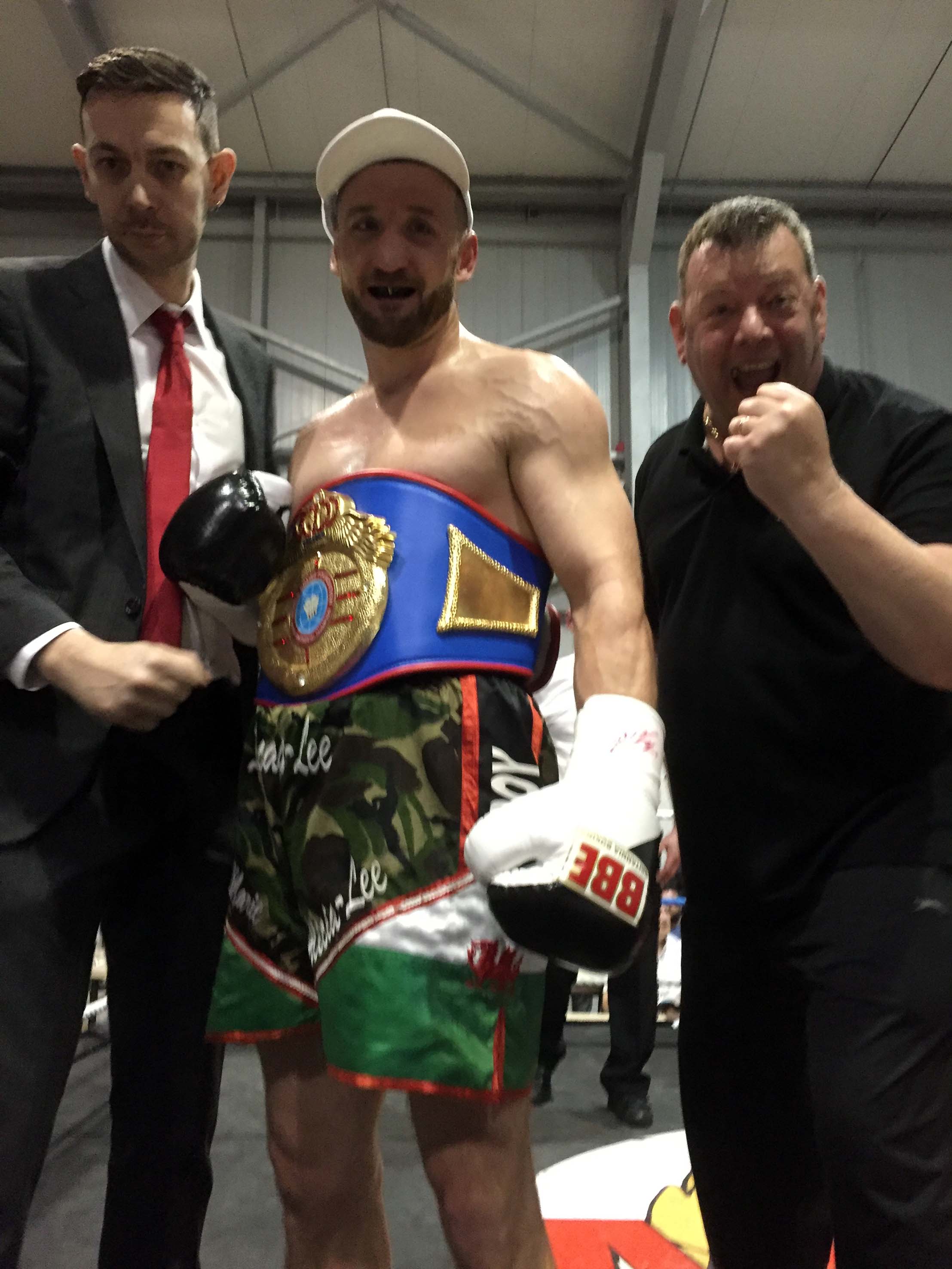 Lee Churcher pulled out a sensational against the odds victory over Hungarian Balazs Horvath on Saturday night to secure the World Boxing Foundation Intercontinental Middleweight title, at the Pill Millennium Centre in his hometown of Newport.

Churcher, who was World ranked some two hundred plus places lower than Horvath, dominated the bout right from the off. Working behind a good solid jab, the Newport lad enthralled the local fans with some slick combinations, to both body and head, so much so that the more experienced Hungarian soon had to result to holding tactics whenever Churcher was in close range.

The canny Welshman was having none of it though and just patiently waited for any opportunity that came his way to punish Horvath with vicious body shots.

By midway through the first round Churcher’s confidence really began to grow, after badly shaking Horvath with the aforementioned body shots, so it came as no surprise to anyone when shortly after Churcher sent Horvath to the deck.

Horvath recovered but once again resorted

to holding tactics to frustrate Churcher through to the end of the round.

More of the same in round two more or less, except Churcher really started to get into a flow, catching Horvath with more vicious body shots, the Hungarian tried to cover up, before again trying to grab hold of the Welshman, Churcher is canny though and worked behind the jab again before letting rip with yet another huge right hand to send Horvath down for the second time.

The Hungarian made the count and immediately on the restart Churcher went back on the attack, but the Hungarian tried to stifle the Welshman’s attacks by attempting to grab hold again, Churcher though used this to his advantage and let rip with a huge body shot to send the Hungarian back down to the canvas.

Clearly in distress, Horvath made an initial attempt to get back to his feet before settling to be just up on one knee, the pain showing on the Hungarian’s face clear for all to see as he attempted to unsuccessfully beat the count.

Whilst it may not have been a classic, nothing, but nothing can take away from Lee Churcher the artistry of his craft and tactics throughout and of course

claiming the third Championship accolade of his career

What a cracking fight, both combatants going at it hammer and tongs in close combat for the full three minutes of each and every round.

After the full four rounds of non-stop action referee Chris Kelly scored the bout 40-36 to the youngster Carwyn Herbert, however that doesn’t really express the closeness of each round or the full on intent of either competitor throughout.

Supporting the two pro bouts were six Wales versus England exhibition bouts, supervision courtesy of Wales Boxing. Whilst I’m not going to cover these because they were not pro, have to say the final two bouts of the six were excellent and really could have featured on any pro card and nobody would have known the difference.

) for digging deep into their pockets to bring both the MBC and the WBF Championship to Wales for the first time, even if it meant there wasn’t enough money in the kitty to justify a full pro show, hopefully the Welsh fans will get behind Lee Churcher so his first defense of the WBF title can also be in Newport or nearby.